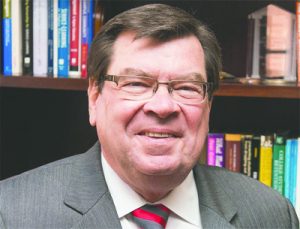 SPRINGFIELD — With talk of the first capital bill in nearly a decade permeating the Capitol, representatives of the state’s public universities and community colleges put in their wish lists at a House Appropriations Committee hearing Thursday.

Nyle Robinson, interim director of the Illinois Board of Higher Education, submitted a list to lawmakers that included $2.14 billion in total requests for new construction projects across the state’s higher education systems.

That number represents a pared down list of requests from the state’s various colleges and universities that totaled more than $4 billion. The majority of projects are for deferred maintenance, although there were some requests for new construction.

“With minimal capital renewal funding and shrinking operational support since (fiscal year 2004), the backlog of deferred maintenance has ballooned from $2.7 billion to $6.7 billion,” Robinson said.

Robinson said universities have had to use operating funds to address maintenance on state-owned buildings, and many have had to assess students with a “campus improvement” or “facility maintenance” fee.

Robinson said the state should be investing at least $338 million in fiscal year 2020 to avoid adding to the $6.7 billion deferred maintenance backlog. He requested an additional $169 million to help chip away at the existing backlog.

“Even if we were to invest at that rate, it would take 31 years to eliminate the backlog,” he said. 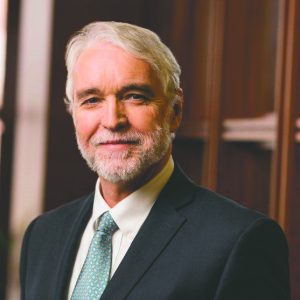 While Gov. J.B. Pritzker did advocate for a capital bill in his budget speech, he did not make clear where the funding for such a program would come from.

Putting together a capital package addressing only the needs of the universities would be difficult without even considering the state of roads and bridges in Illinois. Couple that with the state’s existing debt load and poor bond rating, and it’s an even harder task.

Still, representatives for all of the state’s universities detailed their wish lists and testified to the poor condition of many of their campuses’ state-owned buildings.

University of Illinois President Timothy Killeen reported $2.1 billion in deferred maintenance needs throughout the system, although the university’s official request was for $722 million for fiscal year 2020.

“Over the past five years, we have invested between $4 million and $6 million annually of our own resources in general revenue on construction of facilities to ensure that they remain safe and functioning,” ISU President Larry Dietz said. “Had capital funds been available, that money could have been used for scholarships, additional faculty and support staff or new technologies.” 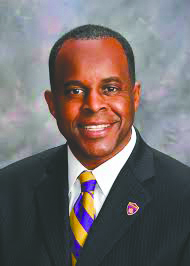 Northern Illinois University requested $326 million for 11 projects. At the university’s DeKalb campus, more than 50 percent of facilities are more than 50 years old, and the funding request includes demolition costs for certain buildings.

Representatives from Eastern Illinois University estimated their deferred maintenance needs at $252 million, while their request was for $145 million. President David Glassman testified of a “deplorable” HVAC system at a life science building which has had funding allocated but not disbursed.

“We’ve made it work thanks to crossing our fingers, standing on one foot and lots and lots of duct tape,” he said. “One of these times, however, we won’t be so lucky.”

Glassman also said EIU has needed a new science building since the 1990s, and he requested $119 million to build it. The current building is 81 years old.

Western Illinois University President Jack Thomas said the last time a state-funded building was built on campus was in 1978, and he requested $504.525 million for the university.

Governors State University President Eileen Maimon requested $112 million for the University Park campus, and she disagreed with the low prioritization of the university on IBHE’s list. She said the campus is in need of a new classroom building.

State Rep. Will Davis (D-Chicago) grilled each of the universities on their inclusion of minority contractors in construction projects and said he would like to see a provision requiring minority inclusion in any capital bill.

“Why don’t we put this in the capital bill and say these (diversity) requirements have to be met. If you want to spend all this money we want to give you or that you desire, then you gotta get there,” he said.