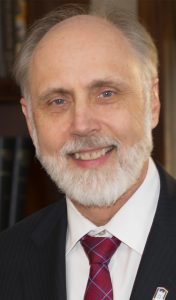 Northern Illinois University President Douglas Baker, who resigned as of June 30, will walk away with one year’s salary, plus a payoff for not taking a job as an instructor at the university, according to a separation agreement approved June 14 by the NIU board of Trustees.

The board approved Executive Vice President and Provost Lisa C. Freeman as acting president until a new president can be found, according to a news release.

Baker agreed to step down after the release May 31 of a strongly worded report from the Office of the Executive Inspector General that alleged Baker skirted state procurement requirements to give high-paying contracting positions to at least four persons, one of whom was a personal friend from University of Idaho, where Baker formerly worked.

The 56-page report said Baker “mismanaged” the university and “committed a pattern of circumventing procurement requirements and violating employment policies and rules, largely in an effort to meet President Baker’s directives to select high-paid consultants (one of whom was a friend), and pay for their travel and lodging, without restrictions.”

In a separation agreement, the board of trustees agreed to pay Baker one-year of his $450,000 salary, and any other benefits he received. The board also agreed to compensate Baker a lump sum of $137,500 for not electing to take a $225,000-per-year role on the faculty after stepping down as president. Baker also will receive up to $30,000 for any personal legal expenses he accrued. The university had paid $189,145.46 for outside legal counsel for Baker during the OEIG’s investigation, according to reports in the Daily Chronicle. Baker also agreed to vacate the president’s residence on campus by July 31 and to give up his rights to sue the university or file a grievance.

After the OEIG report was released, Baker and the Board of Trustees acknowledged the problems in the report, but objected to its language. They said problems had been addressed independently since 2014 when the OEIG investigation began. Complaints filed with the state office about procurement irregularities started the investigation, the report said. The university instituted a revamped whistleblower policy in December. 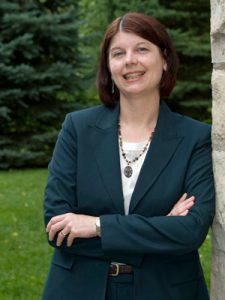 However, Baker and the board agreed that Baker’s continuing as president was a “distraction.”

“Nothing would please me more than to be able to continue to work with my great senior leadership team to address the challenges we face,” Baker said in a statement. ”But at this point, the Board and I are in agreement that the continued public attention to certain issues has simply become too much of a distraction. I care too much about this institution and the people in it to have its attention diverted when there’s so much important work to get done,” he said.

Board Chair John Butler praised Baker’s leadership since 2013. “President Baker arrived at a challenging moment for the university. He brought fresh thinking to our campus, clarity to our mission and sharper focus to our efforts to prepare students for career success,” Butler said in a statement.

Former Vice President of Administration Steven Cunningham, now living in Florida, characterized Baker as “a President who insisted on operating in crisis mode,” in an EOIG report addendum. Cunningham, a 20-year employee, had his contract terminated shortly after he and his staff “put up resistance” to Baker’s directives.

But Cunningham said he believed the NIU board would make a good decision with a new hire for President.

“I had 20 years of experience working with the NIU board through thick and thin,” Cunningham said in a phone interview. “They are a good board with diversity of opinions and they’ve faced so many challenges since 2008, they could probably write a board-training textbook.”

Cunningham said NIU had “an excellent institutional culture and a phenomenal heart and soul. The strength of that culture needs to come forward with leadership that values and facilitates it.”

The university has been in tight financial straits for the past few years, largely because of the lack funding money owed by the State of Illinois. In the past three years, the state reduced funding to NIU by $125 million.

In May, Baker announced that a $35 million shortfall meant 150 staff positions would be cut, and repairs and maintenance on campus would be “deferred.” He also said low-income students on campus might not receive the state’s Monetary Award Program (MAP) funding, which had been covered by NIU. It is unclear how many MAP-eligible students currently attend NIU. In 2015-16, approximately 5,000 NIU students received $18.3 million in MAP grants from the state.

The university’s new acting president, Lisa Freeman, earned a bachelor’s degree in 1981, plus a master’s degree and a doctor of veterinary medicine in 1986, from Cornell University, according to according to a bio on the university website. She went on to earn a doctor of philosophy at The Ohio State University in 1989, and subsequently worked as a postdoctoral fellow and research scientist at the University of Rochester, School of Medicine and was a Fellow of the American Council on Education hosted by the University at Buffalo. She came to NIU after a 16-year career at Kansas State University. Freeman is also a professor in the Department of Biological Sciences.

“NIU is a great institution and I see a very bright future ahead,” Cunningham said.