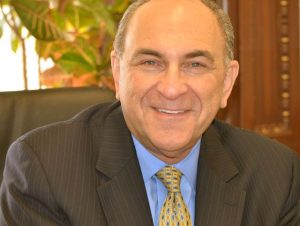 State Rep. Lou Lang (D-Skokie) noted that the state’s Department of Insurance has yet to cite any insurance company for violation of the Illinois parity law two years after the law’s passage. (Photo courtesy of Lou Lang)

(Fourth in a series examining mental heath issues in Illinois)

Matthew Timion has not been there when his son is ready to be discharged from a residential facility for mental health services.

That doesn’t make the Moline dad a bad parent. He just knows how to play the game that is mental health care in Illinois.

Timion said a week after his son attacked him with a knife — despite him not showing any remorse or sorrow — the teen was deemed able to return home.

“I was told he was ready to come home, which was dictated more by the insurance company than the hospital or the professionals,” Timion said.

He told a state House panel earlier this month that it has been his experience and the experience of other parents he has spoken with that insurance companies do not provide adequate coverage of mental health issues.

“Insurance is treating these children, and more broadly mental illness, like a broken bone,” Timion said. “They are putting a cast on it, giving you some medication and they are sending you out the door. They are not treating it like the chronic illness that it is. … They are pushing them out as quickly as possible, going for the less-costly alternative treatment instead of finding what works and what will prevent the long-term problem.”

“We are looking at getting the message out to insurers that are not covering mental health and addiction,” said state Rep. Deb Conroy (D-Villa Park), chairwoman of the committee. “Insurance companies need to take care of brains like other parts of the body.”

Despite there being federal and Illinois laws in place requiring equal coverage for mental health illness, David Lloyd of the Kennedy Forum, an initiative to accelerate action in the state, said it “too often is an unfulfilled promise.”

The Mental Health Parity and Addiction Equity Act of 2008 mandated that coverage for mental health issues be on par with how physical ailments are covered via insurance.

Illinois has the strongest insurance coverage laws in the nation regarding mental health and addiction coverage, according to Tim Clement, a senior policy adviser with the Kennedy Forum. Even so, he said, there has been a lag in the regulatory and administration of that legislation.

Clement said that while insurance companies have met parity with co-payments and other financial ends of mental health, they are still lagging in the managed care practices, such as requiring prior authorization for some treatments, fail-first policies, and how they set reimbursement rates for certain procedures.

State Rep. Lou Lang (D-Skokie) noted that the state’s Department of Insurance has yet to cite any insurance company for violation of the Illinois parity law two years after the law’s passage.

“Even with those strongest parity laws in the country, there is a big gap between the law and the practice, between the law and how it filters down to somebody who has barriers and the treatment they need for themselves or their child,” Lang said. “… Many feel — I at the top of the list — that state agencies have been dragging their heels on the implementation of everything in House Bill 1 (requiring parity in coverage for addictions and other mental health issues).”

Lloyd said that heel-dragging is not uncommon throughout the country as states work to meet the requirements of the federal law.

“We have our own state law that our own Department of Insurance is not implementing,” Lang said.

Conroy said it is disturbing to hear of problems and then that Illinois is at the forefront on the issue.