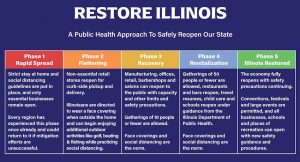 SPRINGFIELD – All of Illinois’ COVID-19 mitigation regions are under Phase 4 guidelines as of Thursday, Feb. 4 allowing for youth sports and indoor dining with loosened restrictions.

The seven-day rolling average case positivity rate continued its steady decline, dropping to 3.4 percent, a number not seen since Oct. 6.

Phase 4 is the loosest guideline outlined by the Pritzker administration, aside from Phase 5, which is essentially a return to normal. But the state cannot enter that phase without the presence of a widely available vaccine and treatment, or an end to the virus spreading in the community.

On Wednesday, Feb. 3 a total of 62,318 doses of the Pfizer-BioNTech and Moderna COVID-19 vaccines were reported administered in the state, approximately 3,000 less than the day prior.

The state has received more than 2.1 million doses of vaccine, with 496,100 of those allocated to the federal government’s Pharmacy Partnership program. About 2 percent of the population has received both doses of the vaccine, according to IDPH. 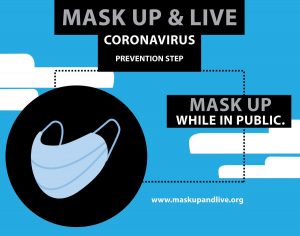 The state announced Feb. 4 it has also added 80 new locations where vaccinations are being administered, including 78 more Walgreens stores across the state and two National Guard supported locations in Cook and St. Clair counties.

With the addition of these two National Guard vaccine sites, the state now has a total of 12 state-supported sites. There are a total of 398 vaccination locations open across the state that are available to those eligible for the vaccine in both Phase 1A and 1B.

The state has partnered with Hy-Vee, Jewel-Osco, Kroger, Mariano’s and Walgreens pharmacies to administer COVID-19 vaccinations.

Illinois to ramp up vaccine distribution