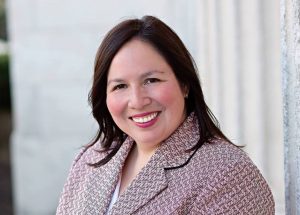 SPRINGFIELD – The Illinois Senate passed legislation Wednesday, May 12 expanding maternal and postpartum care in Illinois, as well as changing existing statutes to be more inclusive of different gender identities.

Senate Bill 967, sponsored by Elgin Democratic Sen. Cristina Castro, passed the Senate floor Wednesday, May 12 on a 58-0 vote. It will head to the House for further consideration.

The legislation requires the Illinois Department of Human Services to update its maternal health programs for pregnant and postpartum individuals determined to be “high-risk” under new criteria, with these services being operated by registered nurses, licensed social workers and other appropriate staff approved by IDHS. Illinois Department of Public Health policies would be updated as well with new guidance and requirements for hospitals that deliver babies.

All hospitals that qualify under the statute must have written policies following IDPH guidelines on maternal and postpartum care, as well as the leading causes of maternal mortality.

According to Castro, her bill was previously passed by the Senate in 2019 but did not become law. The updated legislation was filed following last month’s Illinois Maternal Morbidity and Mortality Report, which looked at deaths during or after pregnancy from 2016 to 2017 in Illinois.

“The vast majority of postpartum deaths are preventable, so we need to be doing all we can to minimize those deaths,” Castro said in a statement released May 12. “This legislation will help all pregnant and postpartum mothers, but it will also work to reduce the racial disparities in maternal mortality.”

That report found that Black residents were nearly three times as likely to die within one year after the end of their pregnancy compared to their white peers.

SB 967 would also mandate that IDHS, IDPH, and the Illinois Department of Healthcare and Family Services revise rules related to follow-ups for high-risk infants by June 2024 in order to improve outcomes and reduce the significant racial disparities in infant and maternal death rates.

Under the bill, private insurance plans would be required to provide postpartum coverage up to one year following the end of a pregnancy for complications relating to that policy. This would include access to treatment for “mental, emotional, nervous or substance use disorder or condition(s)”.

That is meant to keep in line with SB 967’s referred title, the Improving Health Care for Pregnant and Postpartum Individuals Act.