The scene outside Wrigley Field was absolute joy as fans celebrated the Chicago Cubs winning their first National League pennant since 1945 on Saturday night, Oct. 22.

Fans inside and outside the venerable ballpark and across the country witnessed history as the Cubs 71-year wait to return to the World Series ended after defeating the Los Angeles Dodgers 5-0.

The Cubs will face the Cleveland Indians in the World Series. First game will be Tuesday night in Cleveland.  (Photos and videos by Jessalyn Danisziewski / for Chronicle Media) 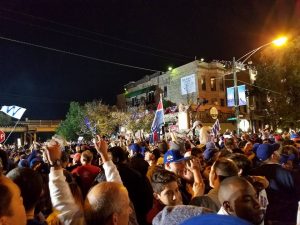 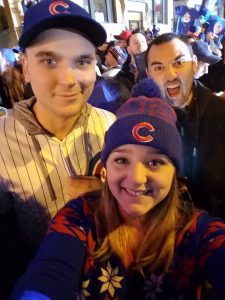 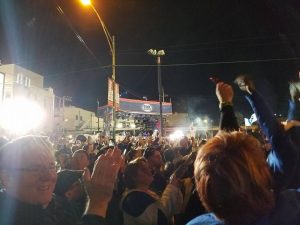 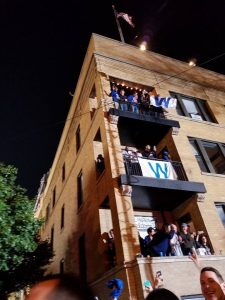