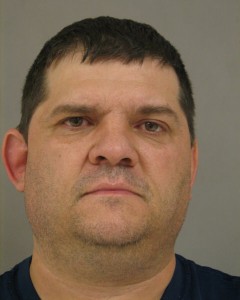 A former head college baseball coach who was fired from his job seven years ago for paying one of his players to engage in videotaped sex acts with him, was sentenced Dec. 27 to a total of 10 years in prison for the sexual assault of that same player when he was a minor.

Upon his release, Lempesis must register as a sex offender for the remainder of his life, and faces three years to life under court supervision.

As his defense attorney argued for probation, Lempesis started shaking visibly and bent over sobbing for some 30 seconds.

Lempesis, the winningest athletic coach in Concordia’s history, was fired in September 2010 after an internal investigation showed that he had videotaped numerous sex acts between himself and former Concordia player Anthony Collaro.

After media reports that Elmhurst police found Lempesis in the back seat of his car with a 16-year-old boy in June 2012, the university retained renowned former federal prosecutor Patrick Collins to conduct a comprehensive investigation into Lempesis’ conduct as coach.

In early 2015, responding to media coverage of Concordia’s internal investigation, River Forest police initiated a criminal investigation of Lempesis, and subsequently arrested him in September of that year.

As they did during trial, Lempesis’ attorneys, in seeking a new trial, sought to impeach Collaro’s witness testimony, calling it not credible and refuted by other testimony.  Collaro, they said, consented to sexual activity with Lempesis as an 18- and 19-year old, and was motivated solely by a desire to obtain a hefty financial settlement from Concordia from a civil lawsuit he has filed.

Ginex denied the motion for a new trial.

Assistant State’s Attorney Lauretta Froelich said there was never any consent by Collaro either when he was a minor or as an adult, given Lempesis’ role as head coach. Lempesis, she said, had groomed Collaro from the time he met him when Collaro was a 10-year-old at one of his baseball camps, and controlled every aspect of his college baseball career.

Froelich repeated the line she used in her closing arguments Dec. 4, telling the judge, “A predator doesn’t pick the fastest animal in the watering hole, he picks the one he thinks he can catch.”

“Today is a day of consequences,” Froelich concluded, asking Ginex to sentence Lempesis to a “term of years” that would “serve to let (other) coaches know that on this court’s watch, a coach will not be allowed to touch a minor.”

—- Ex-baseball coach gets 10 years for sexual assault of minor —-