Protests continued in Chicago Friday evening April 16 after video was released the day before of the Chicago police officer’s fatal shooting of seventh-grader Adam Toledo.

The bodycam video showed the officer, Eric Stillman, shooting the 13-year-old on March 29 when the boy’s hands were in the air.

Elected officials, critics and law enforcement experts have weighed in at news conferences, in print and on network broadcasts after observing the footage. 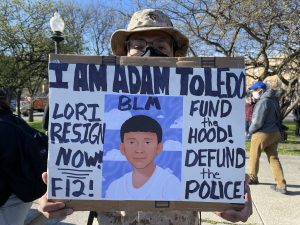 Some have defended the police officer, despite Stillman’s use of yelling and profanity against Adam Toledo and the man the teen was with, Ruben Roman, 21, who was charged with multiple counts. 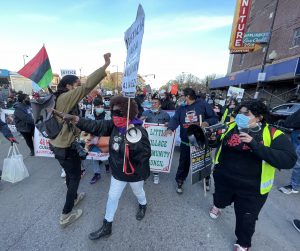 Police and city officials have expected demonstrations following the release of the police body camera video.

The trial of Derek Chauvin, a former Minneapolis police officer, is a factor in demonstration message points. Chauvin is charged in the death of George Floyd last year after a video recorded incident of neck restraint during Floyd’s arrest, sparking national riots and looting, including in Chicago and its suburbs.

Chicago Mayor Lori Lightfoot teared up at a news conference at the release of the Adam Toledo video.

Many people have said they cannot unsee the imagery after watching the shooting video, and have gone on social media condemning the officer’s action and the Chicago Police Department.

One news outlet has a disclaimer in its posted stories, informing readers that the Adam Toledo video is not embedded in that particular story for those who aren’t currently comfortable watching the video, or wish to never see it. 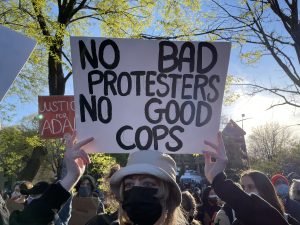 Supporters of the police officer have said there was time when Adam Toledo could be seen holding a gun. The boy allegedly tossed the gun behind him, behind an alley fence before raising his arms in the air to comply with the officer’s demands.

Supporters also assert it was impossible for the officer to assess the age of an alleged assailant in the dark, despite using flashlight, and that age doesn’t matter, when it’s either the officer or the suspect’s life when gun usage is questionable, and when a weapon could be accessed at any point before assessing the gun’s whereabouts.

Critics include those organizing the many demonstrations. 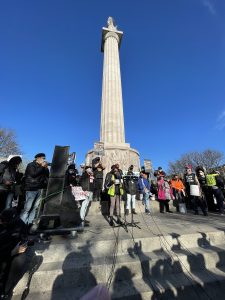 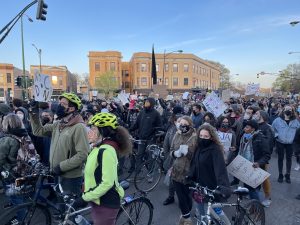 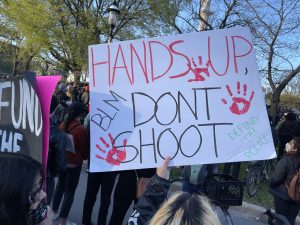