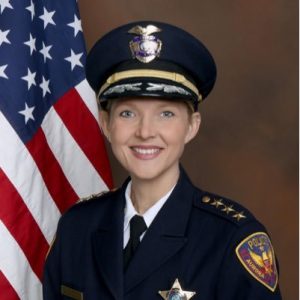 An investigation lasting approximately 11 months which was conducted by the Aurora Police, Federal Bureau of Investigation and the Kane County State’s Attorney into allegations of drug dealing and firearms sales, culminated last Friday with the announcement of multiple felonies against 13 men and one woman.

A total of 71 felony charges have been filed against the suspects, 12 of which are classified as “Class-X” and call for enhanced penalties upon conviction.

Many of the drug charges were enhanced because the deals took place near schools, churches and parks. The investigation utilized undercover, controlled narcotics and weapons purchases and involved confidential informants. Charging documents indicate the purchases were all video and/or audio recorded and took place in various locations in Aurora.

All of the felonies are state charges and will be prosecuted by the Kane County State’s Attorney.

During the investigation, multiple ounces of cocaine, several grams of methamphetamine and eight guns were seized. Four were handguns, one of which was equipped with a scope; along with two rifles and two shotguns. One of the rifles had an obliterated serial number and one of the shotguns had been stolen in an Aurora burglary.

The majority of the investigation’s targets have documented criminal histories involving narcotics, weapons, and other alleged violent offenses.

“The streets of Aurora are safer due to our partnership with the FBI and the Kane County State’s Attorney’s Office and our shared mission of targeting weapons and drug offenders,” said Aurora Police Chief Kristen Ziman. “I pledge that we will do whatever we can as we now enter the prosecution phase and work with State’s Attorney Joe McMahon to assure these subjects receive lengthy prison sentences.”

FBI Special Agent in Charge Jeffrey Sallet said, “The FBI is committed to working side by side with local law enforcement to address the contagion of violent crime that plagues the City of Chicago and its suburbs. Through this close partnership with the Aurora Police Department and the Kane County State’s Attorney’s Office, we are bringing to justice those who choose to threaten our communities.”

Nine of the suspects were taken into custody Friday, when approximately 70 Aurora Police Officers and FBI Special Agents fanned out across the area and executed arrest warrants either at the suspects’ homes or places where they were known to frequent.

Two of the suspects were already in jail and three remain at large. All are from Aurora except one.

One of the suspects, Alexander Fuentes, 20, of the 600 block of S. Fourth St., faces 23 total felonies, five of which are Class-X. They include seven counts of unlawful delivery of a controlled substance, four counts of armed violence, five counts each of unlawful possession of a firearm and unlawful sale or delivery of a firearm; and single counts of gunrunning and unlawful possession of a defaced firearm. Fuentes remains at large.

Another of the men, Noe Vargas Jr., 19, of the 800 block of Claim St., faces 12 charges: six counts of unlawful sale or delivery of a firearm and three counts each of unlawful possession of a firearm by a street gang member and aggravated unlawful use of a weapon. Both Vargas and Jacqueline Castaneda, 26, of the 800 block of Spring St. are also at large. Castaneda is wanted on a single count of unlawful delivery of a controlled substance.

Anyone with information on their whereabouts is asked to call Aurora Police Special Operations Group Investigators at 630-256-5600 or their local law enforcement agency by dialing 911. To remain anonymous and qualify for a cash reward of up to $5000 for information that leads to any of their arrests, call Aurora Area Crime Stoppers at 630-892-1000.

The suspects in custody include:

Charges against additional suspects have not been ruled out in the continuing investigation. Officers from the Elgin Police Department and Cook County Sheriff’s Office assisted during the investigation.