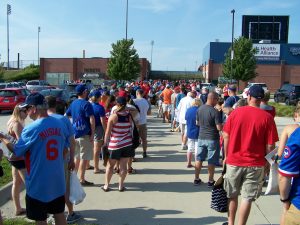 Fans were lined up outside the Corn Crib before the gates opened at 5 p.m.

It was a beautiful early August night at the Corn Crib in Normal for the annual Legends softball game, featuring several retired all-stars from the Chicago Cubs and St. Louis Cardinals on Saturday, Aug. 4.

Though no official score was kept in the game, which benefitted a foundation providing special-needs children a means to enjoy playing the game of baseball, a great time was had by the thousands of baseball fans in attendance. (Photos by Tim Alexander / for Chronicle Media) 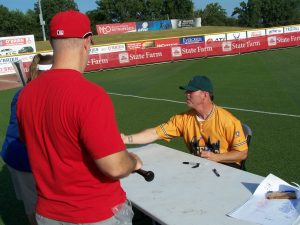 Jim Edmonds, one of the best outfielders of his time, talks with fans. Edmonds had his best years playing in St. Louis, but finished his career with the Cubs in 2008. 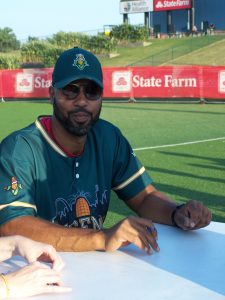 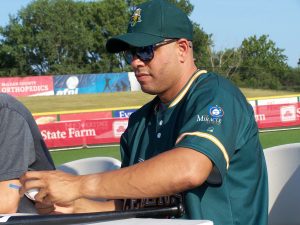 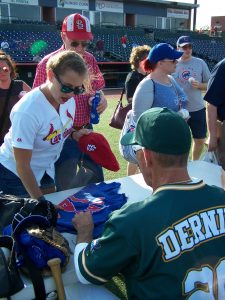 Former Cubs outfielder Bobby Dernier, who in the 1980s was tagged by announcer Harry Caray as the first half of the ‘Daily Double,’ along with number-two hitter Ryne Sandberg.