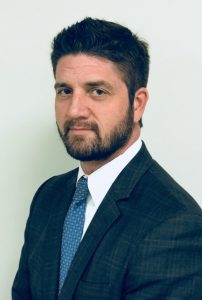 The director of the state agency overseeing distribution of the Volkswagen settlement stands behind the public input process the agency used.

Alec Messina, director of the Illinois Environmental Protection Agency, said his agency has exceeded the public input time established by other states.

“We are far from the only state that used a survey for gaining input,” Messina said. “Twenty-three states have only gotten input via survey.”

The IEPA director noted that his agency has also conducted nine outreach sessions with everyone from environmental groups to business representatives who could benefit from settlement money.

“It has been an open and transparent process,” Messina said at a state House hearing Wednesday (April 25) on the VW settlement.

The IEPA has come under fire from lawmakers and others for a lack of public sessions on the settlement plan, and the survey being difficult to find and having questions that might make some respondents thinking the questionnaire is not meant for them.

There was no link to the survey on the IEPA’s home page and it was only by going to an IEPA drop-down menu and making four clicks on “VW” links that got you to the survey without a direct link.

A total of 1,100 individuals took the survey.

State Rep. Linda Chapa LaVia (D-Aurora) has introduced legislation that mirrors that of state Sen. Cristina Castro (D-Elgin) calling for six public listening sessions statewide, hearings that never materialized under the IEPA despite a promise from Messina last May that the agency would adopt a “very aggressive public outreach campaign.”

Illinois is getting a $108 million windfall stemming from Volkswagen and some of its North American subsidiaries entering into a multi-billion-dollar settlement with the federal government for violations of the Clean Air Act. VW publicly admitted to installing “defeat devices” in certain diesel vehicle, causing the vehicles to operate differently during emission testing compared to normal operation, circumventing federal vehicle emission standards.

When Chapa LaVia questioned Messina at that hearing about her legislation, he was diplomatic, but not a fan.

“I think it is well drafted, but I do not support it at this time,” Messina said. “We have met with 100 different groups and associations. We have covered the whole spectrum of stakeholders.”

Messina said delaying the expenditure of the VW settlement money for more public comment would delay needed improvements to the state’s air quality.

“We would be able to do really significant things to improve air quality in areas that need it the most,” Messina said of not waiting to act.

Representatives of environmental groups have balked at the lion’s share of the settlement money going toward off-road efforts, such as electric buses and a program to help replace tugboats, a huge producer of emissions.

Jen Walling, executive director of the Illinois Environmental Council, which represents nearly 80 environmental groups, said that the IEPA plan doesn’t look enough toward the future. She noted that the federal settlement guidelines allow for up to 15 percent of the funds to be used for electric vehicle charging stations. Illinois’ plan puts no money into EV charging sites.

“The plan focuses on short-term benefits. It is too heavily weighted to off-road efforts,” Walling said. “The IEPA does not seem to have considered the longer-term benefits.”

As proposed in the plan, 65 percent of the VW settlement money would go toward off-road efforts such as new locomotives for Metra trains.

The IEPA director said he has no idea if Metra would submit an application for a portion of the funding so it would be premature to speculate about money going to Metra.

“I do know that locomotives have significant emissions,” Messina said. “Communities are less concerned with a bailout of Metra and more concerned about air quality.”

—- IEPA: No need for more input on VW settlement —-